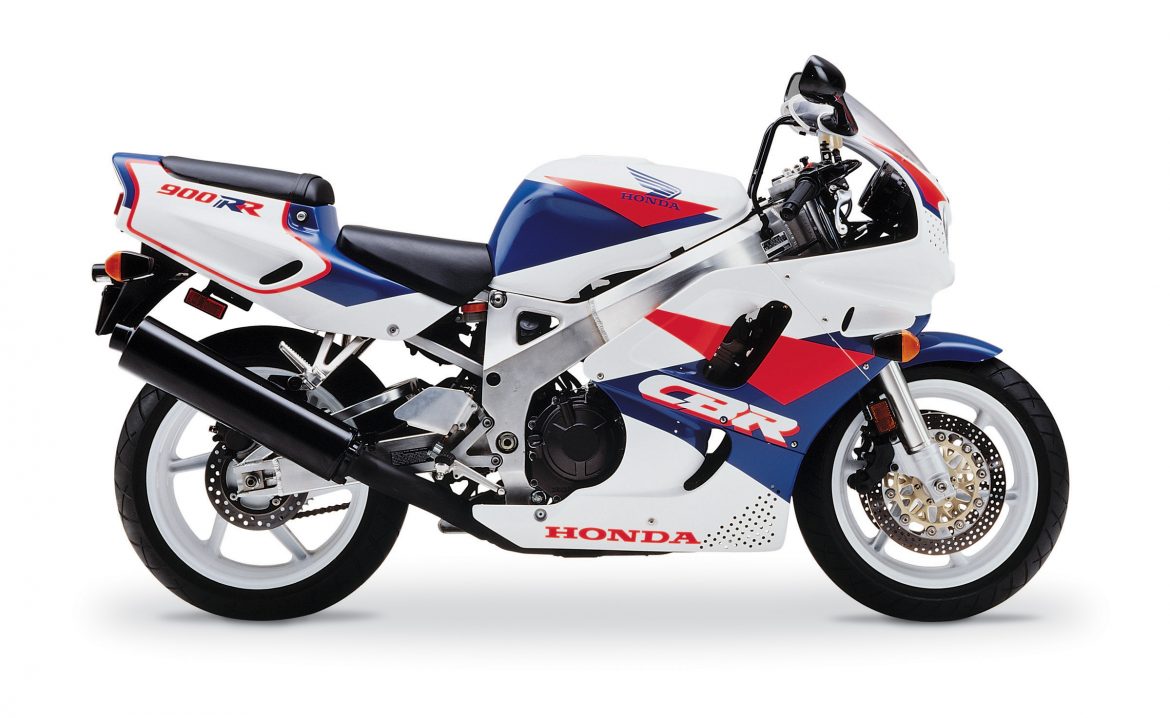 The bike is reliable and many people are still using this machine, having bought it ten years ago. In terms of dynamic performance, the bike is capable of competing with current models, even if it is not at the top.

The Honda CBR 900 RR Fireblade has the typical looks of the series. The frame covers the filler well and the colouring is bright and sporty. The body lines are angular, but not excessively so. The wheels, although cast, are much more subtle than on most sportbikes.

Otherwise, the car looks quite ordinary. It’s impossible to call the bike the pinnacle of elegance. At least the latest models. There is one important point to understand: the most harmonious design was that of the first machine, with round headlights at the front. And then the design was changed in favour of the new trends, and the bike became more modern looking, but we couldn’t change the design fundamentally. For example, to soften the corners everywhere. So, in the end, the model turned out to be modern, but very reminiscent of the past.

When you are 183 cm tall, it is comfortable to sit on a motorbike. And what is also comfortable is that the bike is really reliable. The fact that there have been no breakdowns on the sportbike during 30,000 kilometres of riding says a lot. Still, the class itself is not very conducive to reliability (in theory), because the higher the performance and the more complex the device, the higher the probability of failure (a general principle that applies not only to bikes).

A bike that is too fast and sharp for a beginner in a class. However, even if a person is used to motorbikes with such a landing, but does not want to use the opportunities of the engine in any way, such an option does not suit him. It is better to get a sport bike with low cubic capacity and low power, which can be used as a recreational bike, without fearing that it will burst at a careless movement.

The tank is roomy, and even the significant fuel consumption doesn’t make up for it. Curb weight is decent, which means that people of a lighter build may not feel as comfortable with this car. And, perhaps, if you lack strength or body size, it’s better to choose something lighter.

The saddle height is medium, as is the width. Ground clearance is small and, combined with the low suspension travel, makes the bike unsuitable for rough roads. However, it is suitable for the normal country road.

What do owners say?

Owners’ opinions vary. Some think the bike is too sharp, others point this out as an advantage. One thing is clear: the machine starts abruptly and it is important to take off smoothly. And don’t think it’s just for beginners. An experienced rider, if overconfident, will sometimes find himself in a dangerous situation.

As for the dashboard and comfort as a whole there are no complaints. In one of the reviews it was noted that the control panel could be more intuitive. But such evaluations are few and if you look at the picture of the dashboard, it is obvious, that it corresponds to all the principles of the indicator layout.

The CBR 900 RR Fireblade is an excellent model that is suitable for experienced sport motorcyclists. And only for them. Firstly, given how much the machine costs, it is not something that everyone can afford (with maintenance and parts costs). Secondly, this sports bike is too powerful for an inexperienced rider.

Judging by the responses in various videos, almost everyone praises the engine. And no one complains about the reliability. As for getting on the rear wheel in first and second gear, many are sceptical of the descriptions of those who have done it. And for good reason. Putting such a bike on the rear wheel at such low speed is a real art, if it is possible at all.